Most Skips in One Hour

By: Peter Nestler
In: Uncategorized 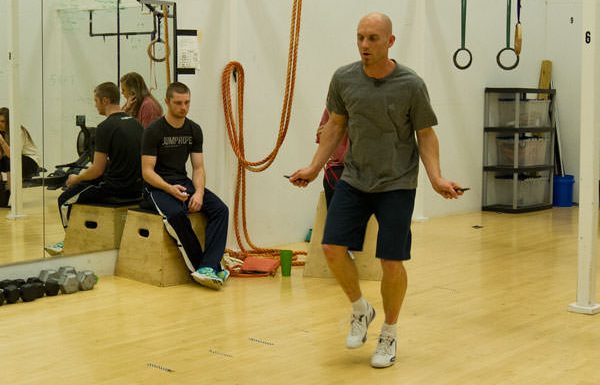 Yesterday I finally broke my 11th Guinness World Records Title! This one was for the most skips in one hour and I have to say, this one was tough. I attempted this record a couple weeks ago and missed it by 250 jumps so I had to give it another go. I contacted a team in the Dallas area (big thanks to HFS Jump Force for counting and witnessing) and they came out to be the official judges for the event. Everything was set and yet…not my best record setting experience.

The week before I went to set the record, my back went out on me. I headed to a chiropractor and he was able to straighten me out, but the drive to Dallas popped my back out of place. I spent the night before stretching, but that only did so much. Not the best way to walk into a world record attempt, but I had already scheduled everything and didn’t want to cancel.

As soon as I started jumping the record, I felt like something was wrong. I couldn’t quite place it, but when I missed at just over a minute I really thought about calling a mulligan. Whenever I trained for this record, I would usually not make a mistake until close to 10-12 minutes into the hour. A miss at a minute? Really? I kept going and started missing like crazy, I even dropped the rope! Things were not looking good for this attempt. I probably had close to 25 misses at 10 minutes and I really thought about just quitting. However, I have always had a strong feeling that when you start, you should always finish. Well, it worked out.

At 30 minutes I was almost 800 jumps behind where I wanted to be, but did some quick calculations in my head and figured out that I could still make it. I kept pushing and when I finished I broke the record by 70 jumps. I had planned on breaking it by over 900, but 70 still counts. The official count ended up at 12,702 jumps in one hour and my 11th official Guinness World Records title!

I just want to endorse the assembly that we just had for a number of different reasons. The 1st reason as far as the students were concerned it was thoroughly engaging and entertaining and it did involve the students in movement. It fully involved them for approximately 45 minutes so much so that I'm recommending that he actually comes back again and we want to actually make this an annual event. The other reason as far as physical education and certainly health there were very direct applications of that, it got students moving around. I would certainly speak to my colleagues in the district and to other colleagues that I have that are principals and recommend that they have this assembly which I think is thoroughly worthwhile. Very age appropriate for students from pre-k all the way through 12th.